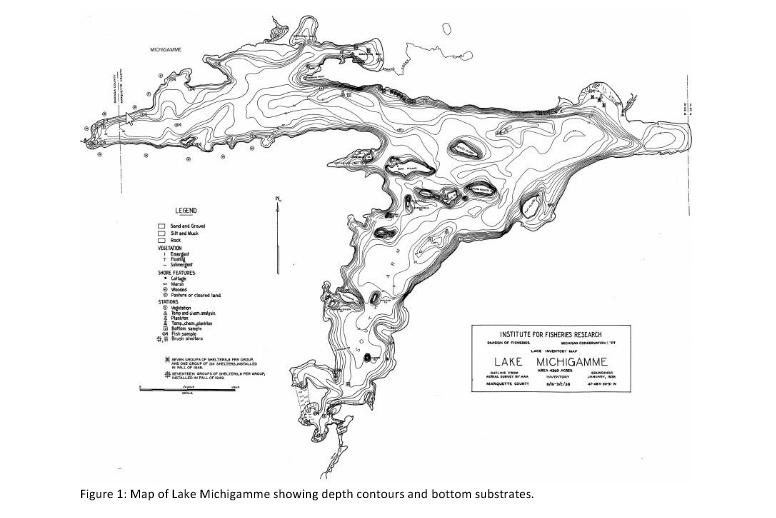 ​ 2) Lake Michigamme has the potential to produce an attractive muskellunge fishery. Specifically, a modest population abundance of muskellunge that will likely live a long time and grow to large sizes. Before any management decisions are made, user groups, which include the Lake Michigamme Property Owners Association, should be consulted. Additional analysis of any impacts to the rest of the fish community needs to be conducted. 3) Anglers are encouraged to report sport catches of all species to the NLMMU. Reports are useful to track population trends and aid in further management of the fishery for current and future managers. 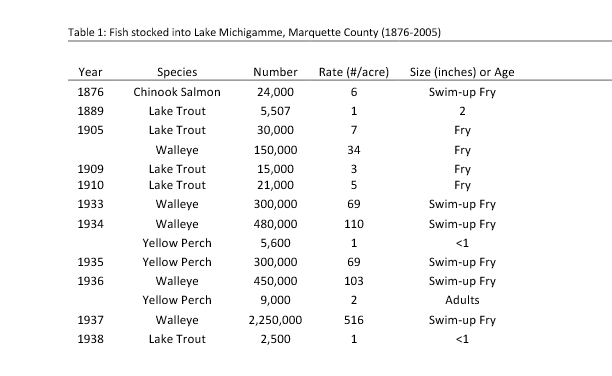 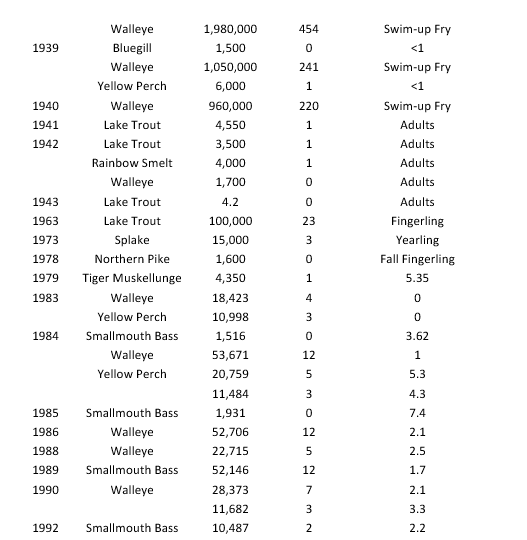 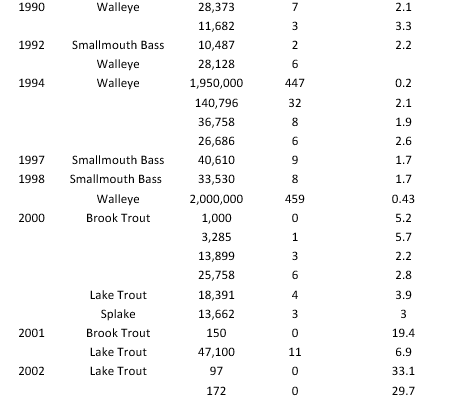 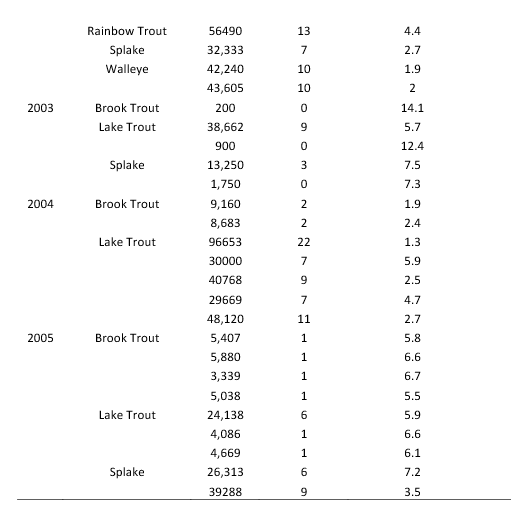 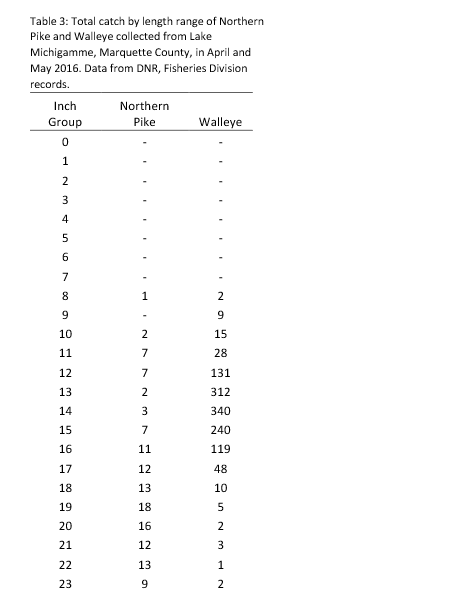